Procurement of Hardware / Software and other Projects

Procurement & Distribution of Smart Phones to Youth of PunjabThe Government of Punjab has announced the scheme, “Punjab Smart Connect Scheme”, which intends to provide free smart phones to the students of Class XII, studying in various Government schools of Punjab. The smartphones have been extremely helpful in accessing information as well as other learning material posted by the Department of School Education during the difficult times of COVID-19, when some of students are facing pressing problems in accessing online education content. The smart phones are pre-loaded with mobile apps which help the youth in getting information about Punjab Government initiatives and also in availing various Government services.Punjab Infotech is executing the scheme on behalf of Department of School Education and is the executing agency for the project. Approximately 1.75 lac smartphones were procured by Punjab Infotech in the year 2020-21.A distribution app was also got developed and used comprehensively in order to manage the distribution of Mobile Phones and to effectively capture data of the beneficiaries on a real time basis.Web Streaming of Video & Audio of Polling Stations for Elections in PunjabWeb Streaming and recording of video and audio of polling has been implemented by Punjab Infotech on behalf of O/o Chief Electoral Officer, Punjab for Vidhan Sabha, Lok Sabha, bye-poll elections as per ECI norms since 2012.Webcasting is generally done in the vulnerable polling stations to keep a check on untoward activities, such as booth capturing, impersonation etc. and help bringing about complete transparency in the voting process. Punjab is the only State to initiate 100% Live streaming and webcasting of polling booths across the state of Punjab.The activities that are performed as part of web streaming are:

There has been up-gradation in the web-streaming technology with use of laptops/web camera in 2012 Vidhan Sabha & 2014 Lok Sabha Polls, Smartphones in 2017 Vidhan Sabha Polls, IP based CCTV cameras in 2019 & 4G cameras in 2022 Vidhan Sabha elections for web streaming.The no. of polling stations covered in web streaming has also substantially increased from 200 polling stations in 2012, 440 polling stations in 2014, 3513 polling stations in 2017, 12107 polling stations in 2019 to 24689 polling stations (100% coverage) in 2022 elections.Punjab is pioneer state in implementation of flying squad vehicles starting from 2017 elections. No other state of India has implemented surveillance through flying squad vehicles. 3 flying squad vehicles in each assembly constituency of Punjab were deployed in 2022 Vidhan Sabha Elections for the first time in Punjab. Deployment of Flying Squad Vehicles has helped the CEO office in checking the illegal activity, cash distribution, liquor distribution and other such Code of Conduct Violations on ground level.4G SIM based Cameras were deployed in 10,000 plus polling stations for web streaming in 2022 VidhanSabha Elections for the first time in Punjab.Web streaming of first level checking event has been performed in 2022 Vidhan Sabha Elections for the first time in Punjab.Supply, Installation, Commissioning and Maintenance of CCTV Surveillance System at 459 Police Stations in PunjabAs per directions of Hon’ble Punjab and Haryana High Court the project for procurement, installation and maintenance of CCTV Cameras at 459 Police Stations and CIA staffs building including Police Stations of Special Task Force (STF), SSOC, NRI, GRP Police Stations and Women Police Stations to cover all entry & exit points of these police buildings and lock-ups (both Male & Female) was executed by Punjab Infotech in the State of Punjab in year 2019 with an objective to safeguard the rights of arrested person, visitors and police personnel on duty to increase transparency in police station day to day activities and to create secure environment. The project was implemented on behalf of Bureau of Investigation, Punjab Police.Supply, Installation, Commissioning and Maintenance of CCTV Surveillance System in Interrogation Rooms in Police Stations in the StateAs per directions of Supreme Court and High court, Bureau of Investigation, Punjab Police has initiated the process to install CCTV System inside the Interrogation Rooms of Police Stations as well as Handycams for recording incidents in-situ and its integration with CCTN system through Punjab Infotech.Supply, Installation, Commissioning and Maintenance of CCTV Surveillance System at Punjab Vidhan BhawanPunjab Infotech has been entrusted with the work related to the procurement and installation of CCTV Surveillance System in the Punjab Vidhan Bhawan. The Capitol Complex, consisting of the Legislative Assembly, the Secretariat and the High Court is part of the UNESCO recognised list of internationally significant architecture sites. The CCTV installation is being planned as per guidelines to ensure minimum changes to the fascia of the Punjab Vidhan Bhawan and surroundings.Procurement of Specialised Software/ Hardware for Forensic and Investigative requirements of Punjab PolicePunjab Infotech has been procuring various specialised equipment for forensic and investigative requirements on behalf of Police Department and its agencies since the year 2017. Most of these equipment has been procured by the Police towards its upgradation and modernization.Digital Conference System (DCS) for Punjab VidhanSabha (PVS) at ChandigarhThis project was executed, installed and is being maintained by Punjab Infotech since the year 2011. During the Session period, the DCS system facilitates the day-to-day functioning of the Vidhan Sabha. It is based on the State-of-the-Art digital technology, integrates a wide variety of functionalities required into a common user interface. The system is completely modular and can be divided & controlled into four categories i.e. Digital Conference System, Video Control System, Sound Reinforcement System and Accessories installed in main assembly hall. The proceedings of the session can be heard and seen live in rooms of Chief Minister, Speakers, Secretary ministers, various political parties, conference room, Governor’s residence through dedicated line and other areas of PVS on specially installed speakers & LED screens controlled and connected with control room in main assembly hall.Websites and IT Work related to conducting security audits through CertIN empanelled vendors and development of department websites through external vendors is also undertaken by Punjab Infotech on specific request of the Departments.

Business First Technology Solution Portal is technology interface for providing all regulatory services and fiscal incentives to the businesses throughout their lifecycle in the State of Punjab. The application has been developed by NIC. Punjab Infotech is managing the technology side of the project on behalf of Department of Industries and Commerce.52 Regulatory clearances, 43 fiscal incentives and 74 departmental services as per the Industrial Policy of Punjab are provided online through the application. Punjab’s single window- Business First Portal, was one of the pioneer state portals to be integrated with the National Single Window Portal.Implementation of eAbkari for Department of ExciseThe Department of Excise is implementing “e-Abkari” to enable online delivery of services. The project commenced in Aug 2018 with NIC Punjab and DoGR providing implementation and hosting. The project period for development and implementation is 2019-2022 during which 51 modules are to be implemented which also caters to Ease of Doing Business Directives. Punjab Infotech is acting as the Project Management Consultant for the department of Excise.Implementation of QR Based Track & Trace System for the Department of ExciseQR Code based Track & Trace System for Liquor supply across the State of Punjab is being implemented on Build-Operate-Own – Transfer (BOOT) basis. The objective of the Project is to track and trace movement of liquor supply in the form of Country Liquor (CL), Indian Made Foreign Liquor (IMFL), Beer and Imported Foreign Liquor (IFL) by affixing QR code on each bottle starting from distillery to bonded warehouse and from bonded warehouse to vends. This, in turn, would facilitate the department and their stakeholders in monitoring the entire supply chain. Punjab Infotech is acting as the Project Management Consultant for the department of Excise. 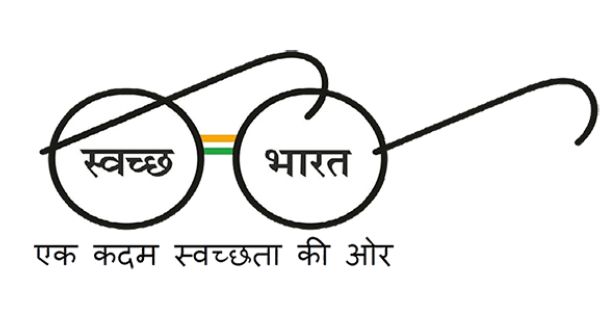 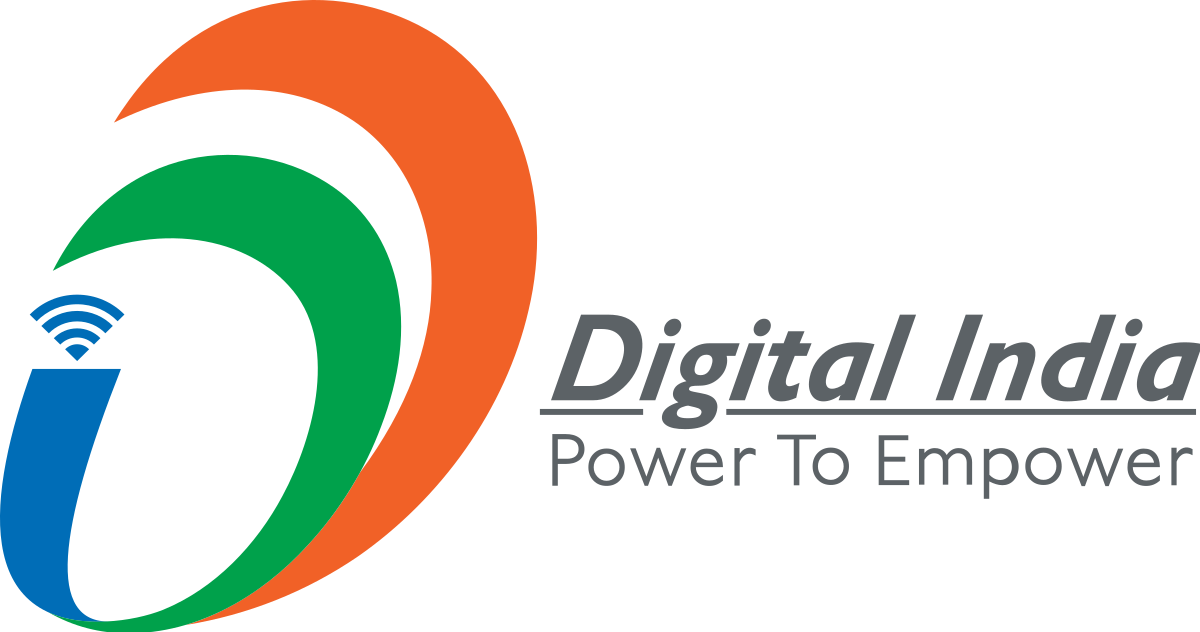